““The Blue Mystic’s reign of terror is over. Peace and order have been restored to the northwestern nations and all is as it should be…or is it?”

After decades of estrangement, the sibling-monarchs, Paryn and Cyrus, have begun deepening the bond of brotherly love and peace between their kingdoms. Unfortunately, someone hijacked the gold Paryn promised to send for relief to Cyrus’s impoverished kingdom. The skills and experience of the Heroes of Dragon Pass are once again needed to help find the missing gold. Can they succeed?

Our intrepid adventurers encounter traitors, pirates, bounty hunters, and foes from their past, bent on revenge. Can the heroes fight off the myriad of evil forces opposing them? Can they restore the stolen gold to the desperately needy kingdom of Cyria? Will the breach of the promised aid return Cyria and Parynland to war? Discover the answers as you ride along with our heroes in the thrilling conclusion to the Chadash Chronicles in Book Three: Paryn’s Gold.”

Plot – as brilliantly devised and executed as before

Characters – as loveable, rogueable and magnificent as ever. Loved the new ones too.

Ease of reading – really easy to read and follow

Would I read it again – Most definitely.

Let me just admit, before I get too far, that I’m a massive fan of this series so far. When I was asked if I wanted to read and review an advanced copy of this book, I just about did a fangirl scream and said ‘Gimme! Gimme!’. I refrained, but it didn’t lessen my excitement for starting this story.

And it did not disappoint.

As ever, I always think the introduction/foreword or whatever comes before the actual story is important. It’s there for a reason. So that’s where I’m going to start. Mr Johnson says:

“Whatever else is true of my stories, I sincerely hope that my books do not devolve into predictable, black and white stereotypes of believing heroes and unbelieving villains.

I do not believe my works force my faith upon anyone or put any constraints on them to believe in order to enjoy my novels.”

Well, I can reassure him there, because I’m not a believer. I’m one of those people who is too curious about everything, to ever truly believe in the one thing. But I wholeheartedly believe in these characters, their stories and the way that Mr Johnson so seamlessly tricks your mind into expecting one thing, while he delivers another.

“Looks like the heroes of Dragon Pass are riding together again.”

I couldn’t have said it any better myself, Gideon. But then, wait for it…Thatcher jumps in with that loveable, roguish charm as always.

Gideon: “Looks like the heroes of Dragon Pass are riding together again. If all goes well, we should be back in Aton-Ri within ten days.”

“Thatcher grinned. “If all goes well, captain, it will be the first time, and a pleasant surprise.” Yes it would, Thatch. And it would be all the more boring for it, if everything went to plan.

I can’t even express to you how happy I was to slip back into this series. It was like going to my favourite holiday destination, where I knew everyone and they knew me, with only a few changes to jump out and surprise me.

One of the new changes, was the addition of Tink and the mention of Tank and Tweet. Tink was a great new characters; he appears sparingly, at the beginning, but I see a lot of potential in him. He’s very funny, is friends with Thatcher and is steampunkish, which is nice to see.

However, there’s nothing I love more than a group of misfits getting together and becoming a family. That’s what these guys already are, but that doesn’t make this journey and less exciting, but more so. There’s an ease with each other, that is great to see. My two favourite characters, Thatcher and Melizar are more confident, even if a little cocky at the beginning. Their confidence, this time, is no longer false bravado but genuine belief in themselves and their companions.

It’s also really great, even for a fan like I am who has read both previous books, to have a recap of the small details. The land layout, weapons and races are all important details and I was relieved to have them gone over again, without it feeling overbearing or repetitive. They all came at a time in the story when it was important, unobtrusive and only reminded me of what was relevant to the story.

“Yep, one big happy family.” Gideon gets the best lines. And this is true. Gideon is like the dad of the group and Thatcher the toddler who gets into all the trouble possible, but who is adorable enough to get away with it. Duncan is the crazy uncle who winds everybody up the wrong way, but that everyone loves, and Goldain the big brother, with the bone crushing hugs. Arreya is the mother figure and the strong, nurturing kind, while Melizar is the wise uncle, both teasing and a teacher.

I didn’t like Jacob, from the beginning. He seemed a little too hesitant to speak about what should have been a simple explanation. The fact that Thatcher and Melizar were suspicious, as well, just sealed the deal for me. I’d follow them anywhere, and I followed them right into thinking Jacob untrustworthy. You’ll have to read the book to find out if we were right or not. 😉

I was really glad to hear about Jeslyn again, even though her story was pretty comfortably settled at the end of the last book. It’s good that she got her ‘conclusion’ to her story. Again: read it and you’ll find out what I mean.

I loved the inclusion of the new characters Ramaz, Markus, Baridokos and Mortika. They are great, fun characters, always stirring the pot. I love the interactions between Markus and Melizar, as well as the big hard man with the soft interior feel I got from Markus. Baridokos was brilliant and a really strong character.

I really love that there is no one main character in all these books. The only consistently main character is the One Lord (God) and that seems right, since it’s all about his people and what they do in His name. I love that, however brilliant in their own right, all the characters are equal to each other and not one of them dominates the story more than the others. It also says a lot about the equality of the group, that no-one ever tries to overshadow the others either.

Nothing is ever easy for this lot, but they always take it in their stride, good or bad. I adore that Thatcher is learning to be less boastful and prideful, which is really helping him see the Light of the path to the One Lord. I also love that Melizar has little shining moments of clarity, but that it gets clouded with confusion, doubts and literal interpretations of knowledge, even right until the end.

Auntie is a brilliantly devised character. She’s a hoot and I can see her and Gideon, with his weird sense of humour, getting along famously.

But, when all is said and done, this is by far my favourite quote (and yes, it’s be Melizar):

“Okay, step right up for your express doorway to the road to scenic Thalyia, where you can enjoy such varied activities as muggings, stabbings, poisonings and, for the truly adventurous, involuntary slavery. Don’t miss out, step on through, folks; only ten gold pieces for the adventure of a lifetime.”

I would, absolutely, definitely, positively, love to see Melizar, Thatcher and Malandyr (Melizar’s brother) go on an adventure together. That would be EPIC! Throw in Baridokos and it could be an amazing party. I literally did a fist pump when Malandyr popped up; I was so excited.

The funniest part of the book, would be when Baridokos was doped up from an in jury treatment from Auntie. He was hilarious. The saddest part? I can’t tell you. You’ll have to read it. The song sung by Ragar Truebolt was a good solid cry, but it wasn’t, by far, the first or the last. Let’s just say that me and this book have some unfinished business. I’m not sure it understands how difficult it was to read the last chapter, particularly from Melizar approaching Stonehold to the end of the book, with tears flooding my eyes and soaking everything in sight. Thanks very much, Paryn’s Gold. Great job.

Another great instalment from Mr Johnson that I will re-read again and again.

David G. Johnson is an author and teacher with a BA in Asian Studies and a MDiv in Biblical Languages. Most of the time, David resides overseas with his family serving as teachers and living witnesses of their faith. Every few years the Johnsons make it back to the States for visits to family and friends and to spend time doing book signings, speaking, and spending time with his fans.

David has been an avid Fantasy and Science Fiction fan for over thirty years and has turned his experience in blending his lives cross-culturally to the task of blending Fantasy and Science-Fiction writing with a biblical worldview. While his novels are primarily designed to be great stories appealing to all readers regardless of their worldview, there is a deeper element there specifically for those who choose to engage with it. In his new series, Chadash Chronicles, David mixes high-fantasy storytelling elements with deeply engaging personal growth and self-discovery elements in an epic tale of heroes and hidden secrets. Come along on this amazing adventure trilogy in Fool’s Errand, Mystic’s Mayhem and Paryn’s Gold. Books one and two are available now from Tate Publishing with Paryn’s Gold targeted for 2014/2015 publication (still working out the details of who, when and where). 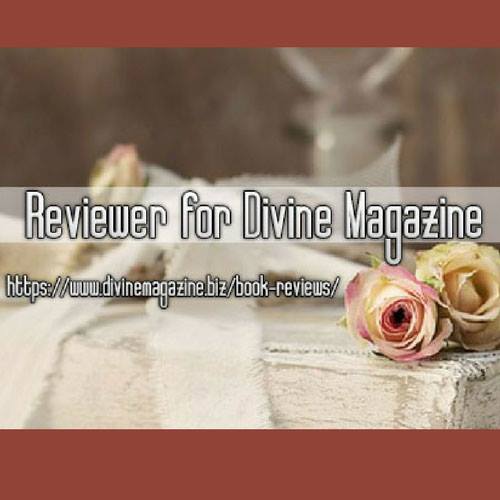