Calico Cogg is a cat like no other. Rescued from the streets of Ticswyk by esteemed inventor Lionel Cogg, she has been fitted with implants to enhance her natural feline abilities. When Lionel is kidnapped, Cali must put her skills to the test to free him.

Dark schemes are in the works—a plague of tiny clockwork spiders are wreaking havoc on the city’s inhabitants. Only Cali, with help from her trusted mouse friend Emmit, can get to the bottom of it all. With a criminal mastermind planning a major heist, Cali must race against time to unravel his plot before he escapes with the city’s greatest treasure.

Lionel placed his hands behind his back and waited patiently while the spectators assembled around his booth. All walks of life were present, everyone dressing as finely as they could. Those of lower standing were sent to the back, but they were as eager to hear about Cali as the richer folk up front. Children clung to their mothers’ skirts, unsure of the strange goings-on at the exhibition. Bouts of applause sounded across the room as a tall grandfather clock heralded the hour. It was time.

Clearing his throat, Lionel drew in a deep breath before starting his speech. “Ladies and gentlemen, I present to you, the one, the only, Clockwork Calico!” With a gesture of his hand, he signaled Cali to show herself.

Delighted to make her appearance, she hopped up onto the platform, her nose held high, whiskers pointing forward. Taking in the scent of the crowd, she was pleased to find so many in attendance. Not all could be seen, but they couldn’t escape her keen nose.

“Ooh,” many of the attendants vocalized, impressed at the sight before them. Lionel had done well designing his booth. Cali stood directly beneath an overhead lamp that glowed a deep yellow, projecting its light on her brass enhancements. She shone with a brilliance that allowed even those in the back of the crowd to see her.

Children, and a few adults, shoved their way to the front, determined to get a closer look at the fascinating cat. The rest kept their distance, scrutinizing the feline from afar. Cali scanned their faces with her mechanical eye, zooming in and out among the crowd. Mostly smiles, she noted, as the spectators gazed upon her. One man caught her attention, the brim of his top hat pulled low over his brow. Dark eyes peered beneath the hat, piercing and analyzing every inch of her, a sinister smile on his face. Realizing that he might be trouble, Cali saved his image to memory.

Sitting proudly at attention, she listened with satisfaction as Lionel ran down the list of her implants.

“You see here that Cali has a number of brass implants,” the inventor explained. Running a finger along the metal, he said, “Her tail is included of course, augmenting her natural balancing skills. The implant allows her more stabilization and control.” He paused a moment to allow the crowd to take in the information.

Cali spun around, waving her grand tail for all to see. One, two, three flicks, and she spun back around, curling her tail around her body. The audience applauded, and she dipped her head in appreciation.

“The implant running along her spine allows for higher flexibility, and it also gives her more strength.”

Cali lay down on her pedestal, allowing Lionel to run his hand along her back. With a nod from her designer, she stood and stretched herself low, almost to a pounce position.

“And now, ladies and gentlemen, please direct your attention to Cali’s hind legs.” Cali turned sideways, allowing the crowd a view of her left hind leg. “These enhancements allow her to jump far higher than the average cat. They also soften the landing when she gets where she’s going.” He gave a nod that said, Show them, Cali.

With pleasure, she indicated with a flick of her tail. In a fluid hop, she dropped from the raised pedestal to the ground, right at the spectators’ feet. Many of them stepped back in surprise, some of them gasping at her sudden appearance.

“Note the flexibility of her spine as she jumps down,” Lionel said. “And now the power of her legs as she returns to her pedestal.”

With those words, Cali leapt, her enhanced legs carrying her from the floor, past the stage, and up to the top of her pedestal. The audience erupted in applause.

Would I read it again – Yes

What a fantastic story!

It’s not often that I come across a book told nearly totally in an animal’s POV, but this one was and it really worked. Though omnipresent, with a few various POV, the story is primarily told through three characters – the calico cat, Cali; a mouse called Emmit; and Cali’s owner, Lionel. This way we get to see all the goings on that are important to the story.

Honestly, there wasn’t anything I didn’t like about this story. And the only grammar/spelling notes I noticed and made, were when two words were accidentally switched for something else, which I’m sure is a very minor error made during the excitement of writing such a great action story. I completely disregarded these mistakes, when considering my rating, because out of a book that’s 200+ pages, two small mistakes are totally natural. (Just for note, the mistakes were; meanly sum, instead of measly; expressed an entrance, instead of interest.)

Yes, there are talking animals. I found it quite exciting, as their actions and thoughts were very natural to their species. Mice acted like mice, cats like cats and horses like horses. Yet, there was an air of human intelligence about them that was fun to explore. It’s sort of like crossing over Ratatouille (with mice instead of rats) and The Aristocats, while adding a Steampunk element. A lot of fun for kids and adults alike. (Especially since these are two of my favourite animated movies ever.)

As for the characters, I really loved Lionel and Florence. You could see that they were related, through little nuances, as well as how they interacted with each other. They weren’t overly affectionate siblings, but naturally close and happy to spend time with each other and share news. Lionel is the eccentric tinker, inventing all sorts, while Florence is a strong, independent woman, who knows her own mind and it’s locked into a world of social conventions. I really loved how she was shown, as many women of Steampunk are either caricatures of Victorian women or simpering maids, who need rescued. Florence is a great role model for young girls.

Without spoiling the plot, I do want to say that the whole spider idea was genius! Not only do humans rarely notice spiders, unless they make themselves known, but they’re ingeniusly clever little beings, getting into all the nooks and crannies, without ever being noticed.

Overall, this was a beautifully presented (with nice chapter headings), cute steampunk story about an enhanced cat and her owner. It’s about forming unlikely friendships – cat and mouse – protecting what’s important to you (friendship and loyalty) as well as discovering you’re much braver than you think.

While exploring lots of adventure, and never a dull moment, the story doesn’t stuff you full of ridiculous or unbelievable events. Which, believe me, is saying something when two of the three main characters are a cat and a mouse!

“Enhanced. A marvel of the ages. Superior to all other felines. That’s how her creator, Lionel Cogg, put it. He named this special cat Calico Cogg. Cali for short. A masterpiece of engineering, a creation of pure beauty.”

““Well, Cali, I saw your master this afternoon,” the mouse began.

“He’s my friend,” she corrected. “Cats have no masters.”

“Of course,” Emmit replied. “I was having a snack a few blocks away from the bakery,” he explained. “I heard a shout and ran to see what was happening. Sometimes humans shout when they’ve dropped food, so it was worth a look.”

Cali rolled her eyes. Mice, she thought with disdain.”

“Cali was surprised to discover that candy worked better than a pistol.”

Lana Axe lives in Missouri near the edge of the woods. She is inspired by her love of nature to write about elves, magic, and adventure. Growing up in Mark Twain’s backyard inspired her love of fiction from an early age. She grew up an avid reader and went on to study literature in college. 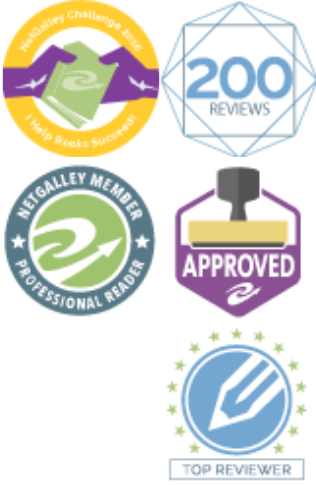 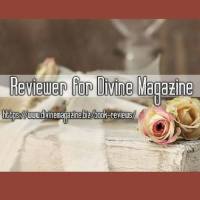