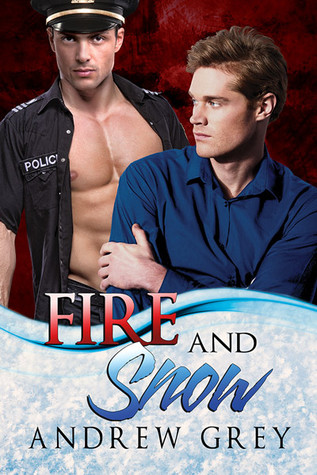 Fisher Moreland has been cast out of his family because they can no longer deal with his issues. Fisher is bipolar and living day to day, trying to manage his condition, but he hasn’t always had much control over his life and has self-medicated with whatever he could find.

JD Burnside has been cut off from his family because of a scandal back home. He moved to Carlisle but brought his Southern charm and warmth along with him. When he sees Fisher on a park bench on a winter’s night, he invites Fisher to join him and his friends for a late-night meal.

At first Fisher doesn’t know what to make of JD, but he slowly comes out of his shell. And when Fisher’s job is threatened because of a fire, JD’s support and care is more than Fisher ever thought he could expect. But when people from Fisher’s past turn up in town at the center of a resurgent drug epidemic, Fisher knows they could very well sabotage his budding relationship with JD.

Would I read it again – Yes.

Disclaimer: This is the first book I’ve ever read of this author, including of this series. I read it out of order, purely to provide this review, but I can say – after reading and reviewing this book – that I’ll be going back to the beginning, to read the rest.

To start with, I really like the author’s style of writing. The story is told in this subtle, understated way that makes everything important, so that you’re never quite sure what is relevant to the case that’s being investigated. I’m a total sucker for cop stories, so the fact that I was never quite sure what was happening or where the story might lead was fun and new for me. I can generally guess the direction of ‘mysteries’ quickly, but I couldn’t with this.

As for it being a part of a series, I really like the secondary characters, who I assume are the focus of the previous books in the series. Meeting them here was kind of fun and I look forward to going back to the start of this series and reading them in order. However, I will point out that I didn’t ever feel like I was missing anything. Having started the series at book 4, it easily reads as a standalone. There’s never a situation or suggestion of something I desperately want to know more about, but have missed, because I haven’t read the other books.

Despite the terrible relationship that JD and Fisher have with their families, there is still a fraction of a relationship that makes it interesting. JD’s mother is quite the character and I really feel for both of them, understanding their natures, their feelings and the situations they’ve found themselves landed in, and how that makes them feel.

As main characters, JD and Fisher are both pretty much perfect. They’re relatable, real and have the natural human reactions that I hope for and expect, when reading a crime/cop story. The addition of a cop/civilian relationship really helps with this, as the cop inevitably takes most things in his stride, with the civilian shows the realistic, human nature reaction.

On a similar note, I have to admit that I really love how Fisher’s health is explained and explored throughout the book. The bipolar aspect is just one of a million things that Fisher has to deal with and – as someone with an invisible illness myself – I can really sympathise and relate with him. Not all illnesses have to be out of control and wildly exaggerated, to look real in a book. Some are naturally below the surface, more emotional than physical and can be controlled or handled with medication. Some of the things he said or thought about himself are also way too closely linked to things I’ve thought or felt myself.

There’s a real sense of sensitivity, but reality, used for Fisher’s health as well as JD’s home situation. Just because it’s not nice to talk about, the author never shies away from showing both the negative side effects as well as the emotional fall out, when things don’t work out as planned. The few episodes that Fisher has throughout are both real, well handled and illuminating – I hope! – for those who don’t understand health issues that have a triple effect: emotionally, mentally and physically.

The romance is handled in a similar way; understated and sweetly, with enough realism to make sure that all the big and little things are what you would expect of a real life relationship. Whether that means JD getting caught up with work, Fisher having an episode or withdrawing into himself, they’re all important factors of how two people communicate with each other.

On the negative side, there wasn’t much I could find. A few small information dumps, at the start, that tried to help us place the character, town and situations into context. They were slightly out of place, which was why I noticed them, but there was never anything more than a few sentences, and they were easily forgiveable.

There were a few phrases that I assume are American or Southern in nature, that I didn’t really understand:

“spelling him for lunch”

However, none of this really affected the understanding of the story.

Overall, I loved everything about the story. It was sweet, well planned and had enough action to fit a good cop story, with mystery and an intriguing case to follow.

“He was forgettable and easy to write off and put away. Don’t look at Fisher and he’ll just go away. And that’s what had happened with his family and the people who had once been in his life. They’d stopped looking, and he’d in effect gone away.”

“To hell with that,” JD countered. “I hope he gets crabs, his nuts blow up and explode, and then his dick shrivels to the size of a button mushroom.””

“Sometimes a kiss, or a touch” – JD put his hand on Fisher’s, surrounding it in warmth – “is just two people saying hello…with possibilities.”