Chronicles of the Secret Prince Series, by M.J. Bell

Book 1 – Before the Full Moon Rises

Deston Lespérance grew up believing faeries and monsters are just stories told to children at bedtime. However, when his mother mysteriously vanishes and he stumbles into the mystical realm of Tir na-nÓg, he discovers the shocking truth that these beings are not only real, they hold the key to his future. With a new friend, Margaux, and Excalibur’s twin brother sword, Caluvier, at his side, Deston races against time to find his mother and the Light Crystal before the full moon rises on the autumnal equinox. The odds are stacked against them and the obstacles they run into push the limit of what two teenagers can handle: an attack by gremlin-like creatures; captured by 6 foot tall vampire bats; hunted by a giant wolf, and almost lost forever in the mist of Avalon. Yet Deston doesn’t give up, for he vowed to do whatever it takes to get his mother back—even if that means fighting the devil himself. The thing is … when he made that pledge he had no idea how close he would have to come to doing just that!

Book 2 – Once Upon A Darker Time

The adventure continues in Book II of the highly anticipated, award-winning fantasy trilogy the Chronicles of the Secret Prince from author, MJ Bell.

Deston Lespérance assumed that after he defied the odds and bested Grossard, the malicious Solitary Faerie who had imprisoned his parents, he and his family would live ‘happily-ever-after.’ That’s how it always ends in the movies, so it should be that way for him too, right? Unfortunately, he discovers all too quickly that it doesn’t work that way in real life. Fitting in with the Fae and learning to access his new found powers is not as automatic as he thought it would be, and to make matters worse, he finds out Grossard managed to survive the collapse of the abbey and is now more resolved than ever to destroy his family and the Fae. Only this time Grossard has joined forces with Mordred and together they intend to uncover the Shard of Erebus and unleash its ultimate darkness onto the earth.

Though Deston isn’t sure he’s ready to take on Grossard again, destiny waits for no one, not even the secret Prince of Tir na-nÓg. Ready or not, he’s drawn into a new challenge of locating and destroying the Shard of Erebus before Grossard and Mordred can find it, and with Margaux at his side, he heads out on another epic adventure, fully aware the stakes are even higher this time. Never in his wildest dreams, however, could he have imagined the sacrifices he’d be required to make.

As his world crumbles around him and his friends fall, the one glimmer of hope he hangs onto is that the Fae power and strength truly does reside within him and that he can actually become the hero the Fae claim him to be.

Book 3 – How Dark the Light Shines

The third book of the Chronicles of the Secret Prince trilogy.

Long before Deston was born, the gods decided he was going to be the match to drive away the darkness. But Deston doesn’t want to be a hero. He just wants to fit in and be accepted as one of the fae and live happily ever after in Tir na-nÓg.

Grossard has a dream too—to destroy Deston, Oseron and the fae and turn Tir na-nÓg into a dark, barren wasteland, along with the rest of the world.

After months of running away and denying who he is, Deston finally relents and comes to terms with the fact that he is the only one who can stop Grossard; for he is a being of two worlds and his human side is what will allow him to do what the fae cannot—kill Grossard. Every minute he delays the inevitable puts his loved ones in greater danger and Grossard one step closer to his dream.

To find Grossard and finish what the gods sent him to do, Deston teams up with his former nemesis, Rellik, and sets off on another epic journey. It’s the final showdown between light and dark, good and evil, but even if Deston wins, it could very well cost him the very thing he wants most in the world—to become a real fae. 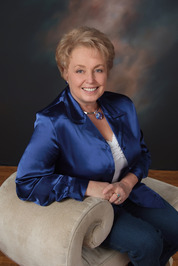 Thinking back to when I first started writing, I would say it was in my junior year of high school when Mr. Thompson, my English teacher, gave the class a chance for extra credit by writing an epilogue to Silas Mariner. Before then writing was the farthest thing from my mind and I only did it because I needed to bring my grade up. So imagine my surprise when my story was the only one chosen and read out loud to the class. Not only was I embarrassed when all my classmates turned to stare at me, but I was also shocked that someone actually thought I had writing ability. I’ve never forgotten that feeling of pride and accomplishment. Though it has taken me decades to follow that destiny and become an author, I still consider myself lucky-for many people are never able to find their true calling.

I grew up in Iowa and enjoyed reading, but there were way too many other things I enjoyed more, such as spending the summers on my uncle’s farm, riding my bike and hanging out with friends. I do remember being completely hooked on the Hardy Boys’ mysteries and on a series call the Bobbsey Twins, however. And I will never forget reading The Haunting of Hill House-it scared the wits out of me and I couldn’t sleep without a light on for months afterwards. To this day, I still haven’t been able to watch the movie! But it wasn’t until I was somewhere in my thirties and the mother of four children that I truly came to appreciate books. I’m not sure what happened, maybe there was something added to the water that year, but suddenly and without warning, I was totally obsessed with reading. I would devour any book I could get my hands on and it made no difference the genre, I craved them all–suspense, romance, science fiction, and fantasy most of all. And when the Harry Potter series came along, I truly fell in love and started thinking again about writing.

Once I started jotting down story lines and playing around on my computer with them, my muse, Daniel, stepped in and took charge. I’m not sure how I became one of the lucky ones to be adopted by a muse, but I can tell you it’s the most incredible experience. Many times I have sat in front of my computer at a loss as to where to go with the story, but miraculously as my fingers hit the keyboard Daniel would fill in everything I needed to know. I worried sometimes when I didn’t understand where he was going with it, but he never failed to amaze me and always pulled it together. So I can truthfully say it is as much of an adventure for me to write the books as it is for my readers to read them.

My first book, The Secret Prince of Tir na-nÓg, was published in 2008. To my surprise, it received the honor of being chosen as the 2009 Gold Award winner in the fantasy category of the Mom’s Choice Award. Unfortunately, before it could even be distributed, the publisher went out of business and that was the end of that. However, I was not deterred. I changed the name, updated it somewhat and published it myself under the new title, Before the Full Moon Rises. I then went on to write Book II of the Chronicles of the Secret Prince trilogy, Once Upon a Darker Time, and Book III, How Dark the Light Shines.

I’ve been fortunate to have Daniel stick with me to the end-it is after all his story and has been from the beginning. He has made me laugh, made me cry and I’ve been shocked at times, but he and Deston know the story and where it goes and that’s really all that matters. I just feel privileged that they’re letting me go along for the ride!