Fresh out of school, young Mariah faces a new chapter of his life living in the Prince Regent hotel, built into the rock face of a cliff side. His job is to assist the magician in the stage shows held for the guests. Above ground, the guests are offered every form of luxury. Below ground, in the slimy, green-dripping walls of the basements, is where the magic show equipment is kept – and lurking in an Egyptian sarcophagus amongst scuttling sea-creatures is a secret that draws Mariah into the path of villainy, plots and possible death.

This gripping thriller from master of suspense G.P. Taylor is rich in fear, tension, plot-twists and adventure.

There is never a dull moment for Mariah Mundi living in the Prince Regent Hotel. But catastrophe strikes when three eminent visitors spontaneously combust at a hotel party. Just a freak of nature or a cleverly plotted murder? When hotel owner Captain Charity is arrested on suspicion of murder, Mariah Mundi and his friend Sacha must find the truth urgently to save both the Captain and the hotel. Could the answer lie in the mythical Ghost Diamonds?

Book 3 – Mariah Mundi and the Ship of Fools

Mariah Mundi and Jack Charity are sailing to America on the magnificent ship Triton, the biggest and fastest steam cruiser the world has ever seen. Mariah and Jack have been sent by the secretive Bureau of Antiquities to protect the precious cargo. But who will protect Mariah from the assassin who stalks him? 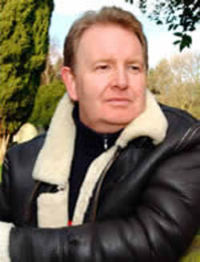 (born 1958 in Scarborough, North Yorkshire), pen-name G. P. Taylor, is the author of the best-selling novels Shadowmancer, Wormwood and Tersias. Before taking up writing full-time, he was an Anglican vicar in the village of Cloughton, North Yorkshire.
His works reflect his faith, carrying Christian messages like The Chronicles of Narnia of C.S. Lewis. He began to write his works to counter the increasing number of works, such as Harry Potter and Buffy the Vampire Slayer, that he believed were encouraging children to investigate the occult. His works have also garnered some controversy however, because whilst Taylor has claimed to be “an authority on Wicca and paganism”, his books have been considered offensive by some neopagans for describing them as being tricked by the Devil.